When anyone gets a new puppy, their wish is for them to develop into a happy, friendly, well-rounded dog, right? There are so many benefits to having a lovely dog like this who’s not aggressive and is happy around everyone. The key to helping your dog to develop into this is socialisation. However, here at Royvon, we often work with dogs and their owners who have problems with being socialised in the wrong way! Many owners don’t even realise that this is possible, but it can really affect your relationship with your dog, so that’s what we’re going to talk about in today’s post.

In the past, the importance of socialising dogs wasn’t really considered, leading to dogs that were unfriendly and aggressive. However, as socialisation became more and more important in dog training, we now often see the opposite problem, where some dogs are being socialised too much! There are a few reasons why this can happen, which we will discuss today. But, if you’ve got a puppy, or are thinking about getting one, there’s no need to worry! There are some simple steps that you can take, on your own or with your trainer, to make sure that your puppy is socialised correctly, so that you can help them develop into a well-rounded family pet that you can take anywhere.

Why does incorrect socialisation happen?

As a new puppy owner, it’s only natural that you will want your dog to grow up being confident in a range of situations. Also, you want them to be a happy dog that easily gets on well with other pups and humans, even if they are strangers. You’ve probably done some research and know about the importance of socialisation. However, here at Royvon we know that it’s easy to fall into the socialisation trap and actually teach your dog bad habits, even when you mean well!

There’s a lot of information out there about socialisation, so it can be difficult to cut though the noise and work out what’s good and what’s not so good! Plus, being a new puppy owner comes with a lot of responsibility. You want to make sure that your dog grows up happy, but also well-adjusted so that you can take them out and about with you, without fear of their behaviour. This can lead to owners believing that any form of socialisation is good socialisation, when this isn’t the case. Of course, having a lovely friendly dog is important, but you have to go about socialising them in the right way to ensure that they are well-rounded dogs, for whom socialisation and having fun is not the only thing that drives them. It’s natural to feel the pressure to have a social dog, but it’s important to ensure that this doesn’t come at the detriment of your relationship with them. Your dog should still be able to focus on you and come when called, even if they are in a social situation with plenty of distractions. Next, we’ll take a look at the differences between good and bad socialisation, and what can be done to help! Socialising is important, but a quick sniff is enough!

Good vs bad socialisation: what’s the difference and how can I make sure my puppy is socialised correctly?

Here at Royvon, we have a long history of working with dogs. We have been the top German Shepherd breeder in the country, and of course, run plenty of dog training programmes. As a result, we have worked with thousands of puppies throughout the years, and have played a big part in their training and socialisation.

With incorrect socialisation, we often hear from owners who have slightly older puppies, between 6 and 12 months. They have been working hard on training and socialisation. But, they complain that their puppy no longer listens to them, when they used to as a younger pup! Often, this is because they have been incorrectly socialised and the dog has been inadvertently taught to focus on socialisation alone, and not their owner.

Incorrect socialising happens when owners have taught their dogs to play with random dogs in the park or out and about because they think this will help them become well socialised. However, some owners don’t understand the significance of teaching this inadvertently. Later on, when your dog moves through the puppy stages, their obedience will be compromised because their puppy will run off to play with random dogs, like they were encouraged to do as young puppies. The result will be that these dogs are never left off lead as their owners can’t trust them. This manifests into dogs not being mentally enriched properly, which could result in behaviour problems. There’s simply no benefit in teaching your dog to bond /play with random dogs! With improved training, this can often be corrected, as the puppy is still young. However, we always recommend socialising your dog enough so that they are friendly, but not at the detriment of their other training and focus. The aim should be to be able to take your dog out and about with you, and let them off the lead, but they will always come back when you, their owner, calls them.

When socialising your puppy, it’s important to know the difference between socialisation and bonding. Ensuring that your puppy bonds with the right people and dogs, but just socialises with the rest, is key to a happy, friendly, yet well-rounded dog in adulthood. So, who should they bond with? It’s vital that your puppy bonds with their human family, and anybody else that they spend time around, such as wider family and friends. To do this, your dog should spend time with these people, playing with them and having fun as much as they like in order to build up positive associations. When it comes to dogs, your puppy should create a good bond with family and friends’ dogs, and any other dogs that they will see regularly, such as those they walk with often. But what about the rest, such as strangers they encounter at the park? Of course, you want your dog to be friendly with, and not aggressive towards, these people and pets! However, this friendliness should not go too far. When your puppy is young, you must control what they do around strangers, to help shape their behaviour around them well into adulthood. It’s absolutely fine to greet strangers (both humans and other dogs), be introduced, and have a look or maybe a sniff. However, it should not go further than this. Your dog should not be allowed to bond or play with dogs and people that they are probably never going to see again. If they are allowed to do this, they will soon learn that it’s fine to play with everyone that they meet, and ignore their owner who’s calling them back! Soon, you’ll find that you can’t let your dog off the lead anywhere, because they just get too distracted by playing with others and they totally forget about you!

So, there is definitely such a thing as incorrect socialisation when it comes to puppies. While it can seem overwhelming as an owner, it essentially can be broken down into two steps. Let you dog bond and play with the people and dogs they will see often as much as they like. However, when it comes to others, a quick interaction is more than enough. This will help your dog develop into a friendly and loving pup, but not at the expense of their relationship with their owner! You will still be the most important thing to them, and the centre of their focus, while others in the street will be nothing more than a passing hello.

We really want everything to be about you, so that you are able to taste your dog anywhere. Check out our YouTube channel for all sorts of videos to help you on your puppy training journey, including help with socialising your pup:

Other things to bear in mind

When it comes to socialisation, it’s not all about meeting other dogs and people. It’s also important that your puppy gets exposed to as many different situations as possible from a young age. This includes things such as cars, buses, and trains, train stations, wheelchairs, high vis jackets, and people with beards and hats. These are all things that your dog may not see every day, but it is still important that they are comfortable around them so that you can take them anywhere without worrying about how they might react! It’s also good for your puppy to be introduced to dogs that are a bit more reserved and stand-offish, so that they learn that not every single dog wants to play with them.

The number one thing to bear in mind with any puppy training, including socialisation, is that your puppy has emotional needs that must be met by you, their owner. You need to build a loving and trusting foundation with them first, before you move on to socialisation and helping them to build a positive relationship with the world around them. Building a relationship with your dog is a rewarding, life-long process that starts from the day you get them, and should be built into every training and socialisation activity that you do! Remember, the aim is always for you to be the focus of your dog’s world, so that they will always come back to you when called, no matter who else might be there. This is the skill that allows you to take your dog anywhere, like the park, on the train, to the beer garden, to coffee shops, and beyond, without losing control of their behaviour. You want your dog’s number one focus to be you, their owner!

Here at Royvon, we want everyone to have a happy, well-socialised, but also well-trained dog. Our mission is for all of our customers to be able to take their dog anywhere they want. But, this unfortunately just won’t happen if socialisation mistakes are made when they are young. We know that it’s easy to fall into the trap of having a happy and social dog, but one who simply can’t be controlled because they get too distracted by everyone around them! This can mean that they get no time to run off-lead, which can unfortunately mean bigger problems down the line from dogs who aren’t getting enough mental enrichment. Socialisation is highly important, but it needs to be done in the right way. Doing the right thing at the beginning of your puppy training journey can help you avoid problems in later life, but we know that sometimes it’s hard to know what that correct thing really is! If you’re looking for guidance in your puppy training journey, we have a range of options with both in-person and online support available. Please visit our website or get in touch today to find out more about how we can support you and your individual needs. 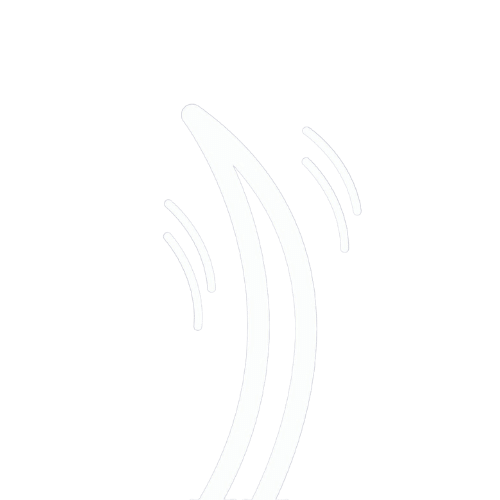